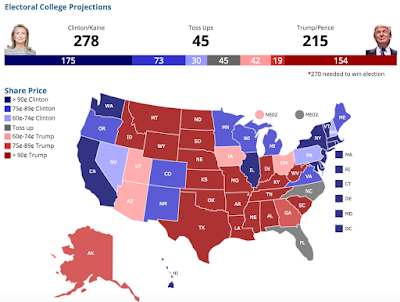 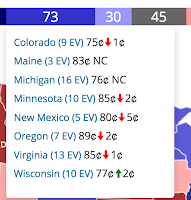 Meanwhile, some caution is probably warranted in interpreting prediction market data. This is a case in which the ease of visualization, aggregation and dissemination of data can have an impact on the underlying measurements themselves, and indeed on the objective probabilities that the measures are intended to reflect.
Posted by Rajiv at 11/02/2016 02:13:00 AM